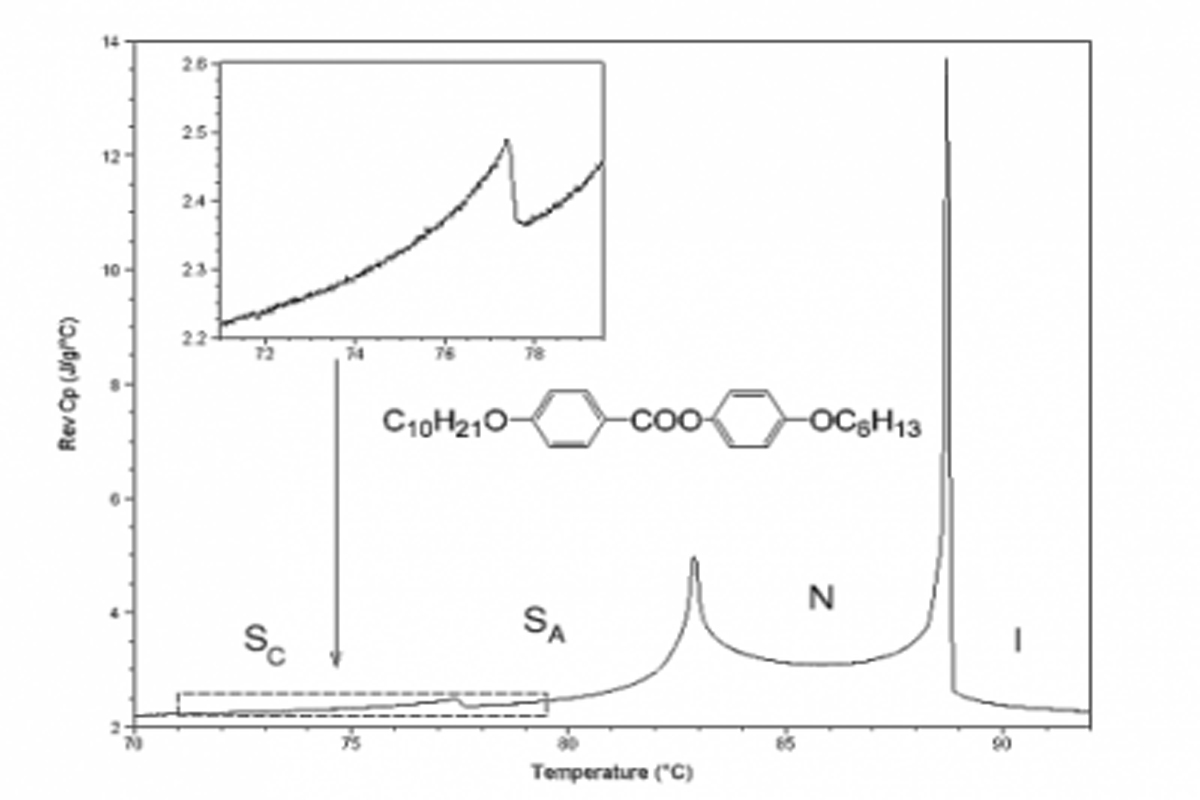 One of the key research activities of the DMO is to investigate the multiple mesomorphic states of matter found between crystalline solids and classical isotropic liquids. Due to the emergence of steadily more complex molecular structures and the continuously increasing diversity of supramolecular arrangements, the differentiation of mesophases is nowadays no
as trivial as it used to be. Mesophases identification from the appearance of their defect textures by Polarizing Optical Microscopy only is ambiguous and often misleading, even for the simple location of the phase transitions by textural changes.

Every phase transition is on the contrary associated with a visible DSC signal. This analytical method follows the variation with temperature of the specific heat change ∆Cp during heating/cooling ramps. Several working principles exist and provide more or less accurate and precise measurements. Our instrument is a DSC Q1000 (TA Instruments) and is based on heat flow comparison. More exactly, the temperature gradients between a sample, an empty reference and the oven containing both, are measured as a function of time and converted to heat flows going through calibrated thermal resistances.

First order phase transitions result in DSC peaks whose integration amounts to the enthalpy variation ∆H. This quantity gives an idea of the scale of structural changes and is typically of a few J/g for transitions between mesophases and toward classical liquids, thus several orders of magnitude below the melting enthalpy of a crystalline phase. The value of ∆H is even insignificant in some cases, as for instance for smectic C to smectic A phase transitions. These transitions in general accord with a second order behavior (by definition ∆H=0) and are shown in DSC curves by a specific heat anomaly with a characteristic lambda shape (see example below). The modulated mode of the instrument proves well adapted for this transition type, as well as for glass transitions encountered in mesophases or in classical isotropic liquids.