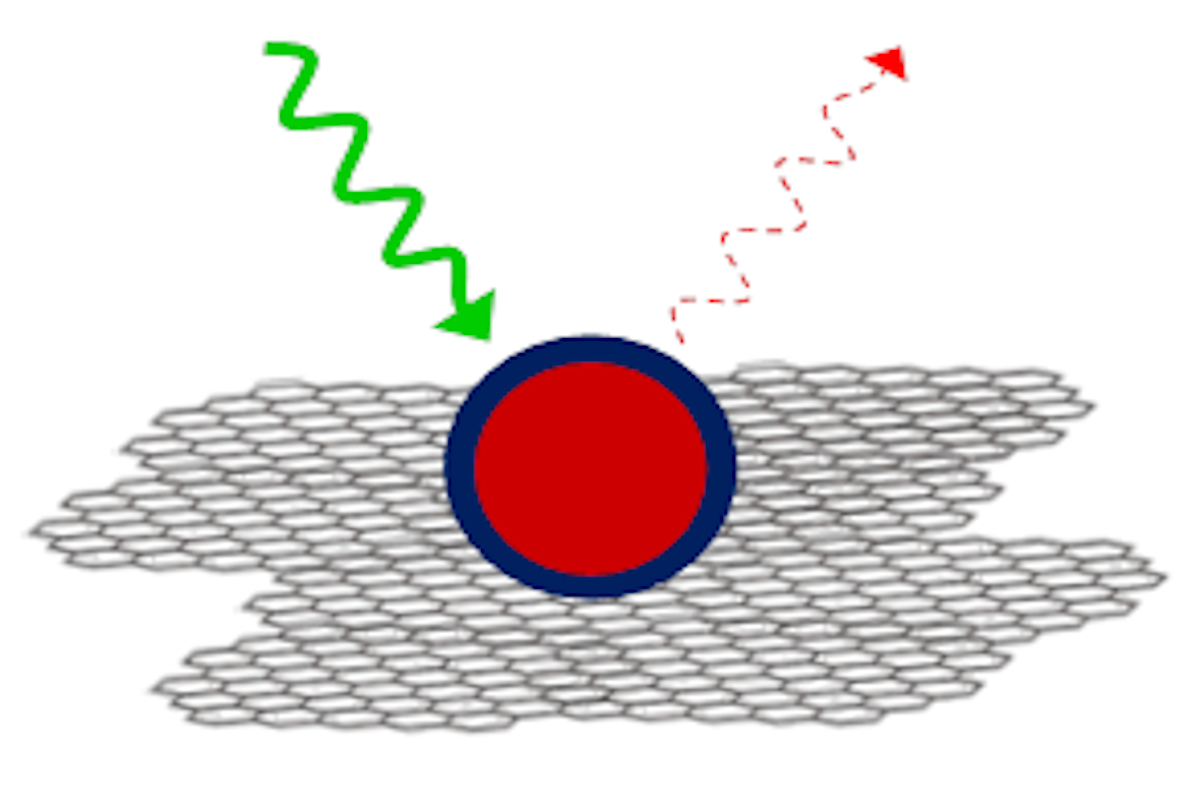 Colloidal semiconductor nanostructures, such as quantum dots (QDs) or nanoplatelets (NPs), and graphene offer exciting avenues for opto-electronics. Graphene, as an atomically thin semi-metal, may be viewed as an ultimate quasi-transparent electrode, while QDs and NPs exhibit excellent light emission and light harvesting properties. It is thus natural to combine these two model systems into novel hybrid systems.

In such heterostructures, the photophysical properties of the nanoemitter are expected to be dramatically affected by the neighboring graphene layer. In particular, energy and/or charge transfer may occur and govern the performance of the hybrid device. Understanding of these phenomena requires fundamental investigations at the single particle level.

Here, we make use of time correlated single photon counting to investigate the photophysics of individual CdSe-based semiconductor nanostructures (nanocrystals, i.e. quantum dots and nanoplatelets, i.e. quantum wells) that are physisorbed onto a graphene monolayer. Förster energy transfer results in a shortening of the luminescence decay and subsequent luminescence quenching (see Fig.1a). The energy transfer rate is probed by time correlated single photon counting and monitored as a function of the distancebetween the single emitter and the graphene layer.

This project is primarily funded by the QuanDoGra Young Researcher ANR Project (2012-2015), and the Scientific council of Université de Strasbourg, as well as by the Fungraph, Frano-Korean ANR Project. We work in collaboration with Benoît Dubertret and the Parisian Quantum Dots Group at ESPCI (Paris, France), Paris and Jeong-O-Lee at KRICT (Daejeon, Korea).