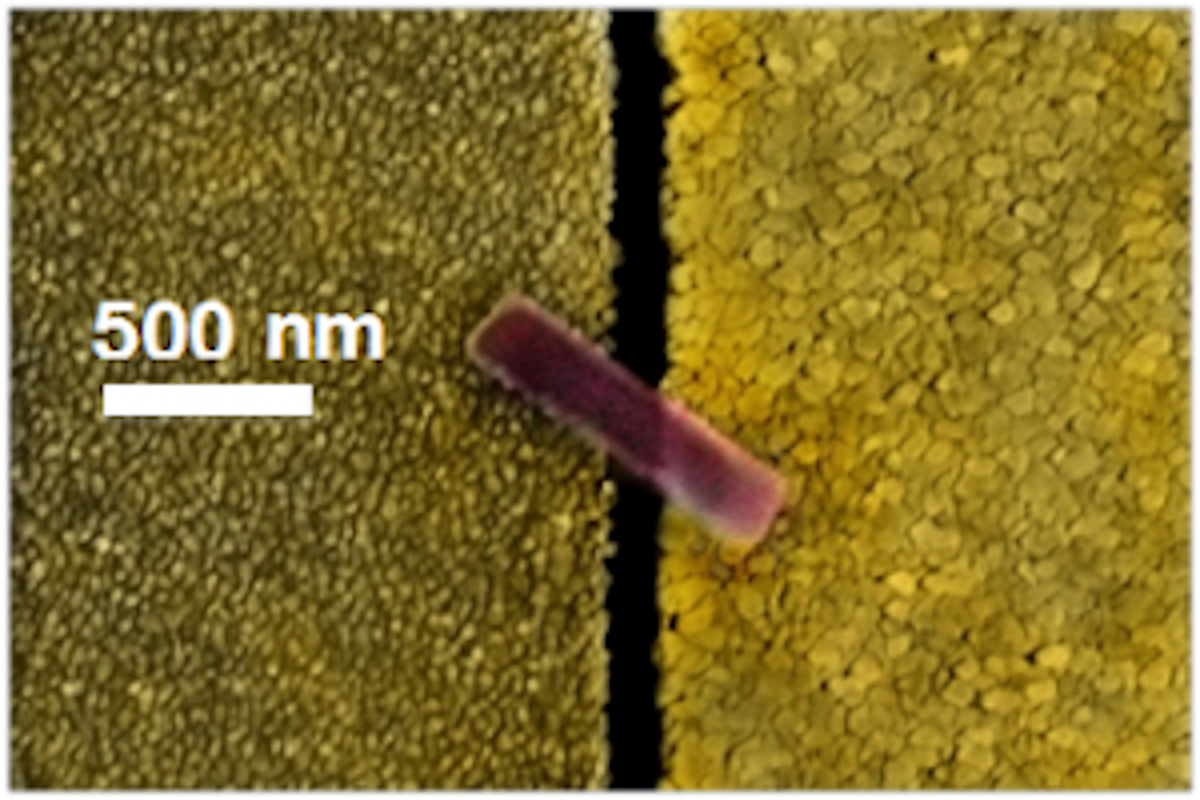 Organic conductors are becoming ubiquitous in nowadays electronics, with the advent of original technical solutions for entertainment and mobile electronics. Lateral devices are large-scale, owing to the important interface resistance and its significant electrostatic spatial extension. Molecular electronics relies on much smaller objects, typically not extending 1 nm in size, where the limited charge flow is not expected to persist at significantly larger distances. We are interested in realizing and studying devices at typical intermediate scales lengths of 10 – 100 nm, at the limits of size relevance for organic and molecular electronics. We mostly search for enhanced transport properties, realizing highly conductive materials (for organic materials standards) and taking advantage of the interface transport properties. Our main goal is to extend to the concept of spin-dependent transport to multi-stimuli (or multifunctional) devices, adding other external stimuli to control the charge transfer between source and drain electrodes. For this purpose, a design of lateral devices with sub-100 nm separation is ideally suited (Fig. 1).

We created devices where a of sub-micron-sized [Fe(Htrz)2(trz)](BF4).H2O nanoparticle bridges two nearby electrodes, providing access to intrinsic electrical properties of this material, without intergrain hopping transport limiting the conductivity. This polymer-like system is of interest as it exhibits low spin (diamagnetic) – high spin (2, paramagnetic) transition, triggered by temperature, illumination, or pressure changes. Interfaces become the bottleneck for transport, and we showed that proper voltage poling of the sample was decreasing this interface resistance by orders of magnitude, revealing a material of significant conductivity and photoconductivity properties. We also confirmed this result by investigating hybrid particles, partly covered by a metallic film. The interface poling became then superfluous, with confirmations of the intrinsic transport properties of the particles. Our plan is to search for electrical switching behavior under change of magnetic phase. This work is performed in collaboration with the team of J. F. Letard (ICMCB, Bordeaux).

Interfaces become dominant for sub-micron sized organic devices, and methods to improve charge injection highly needed. One ubiquitous source for energy mismatch between the molecular energy levels of an organic molecule and the Fermi level of a metal electrode is the interface dipole, usually shifting inappropriately the molecular energy levels. We investigated, in collaboration with the teams of P. Braunstein (LCC, Strasbourg, chemical synthesis) and P. Dowben (U. of Nebraska, USA, surface spectroscopy) how thin molecular films made of strongly dipolar molecules can self-assemble on metallic surfaces. We showed that these quinonoid zwitterions are good candidate for interfacial electrodes layers, form self-assembled layers, and can improve properties of reference organic devices.