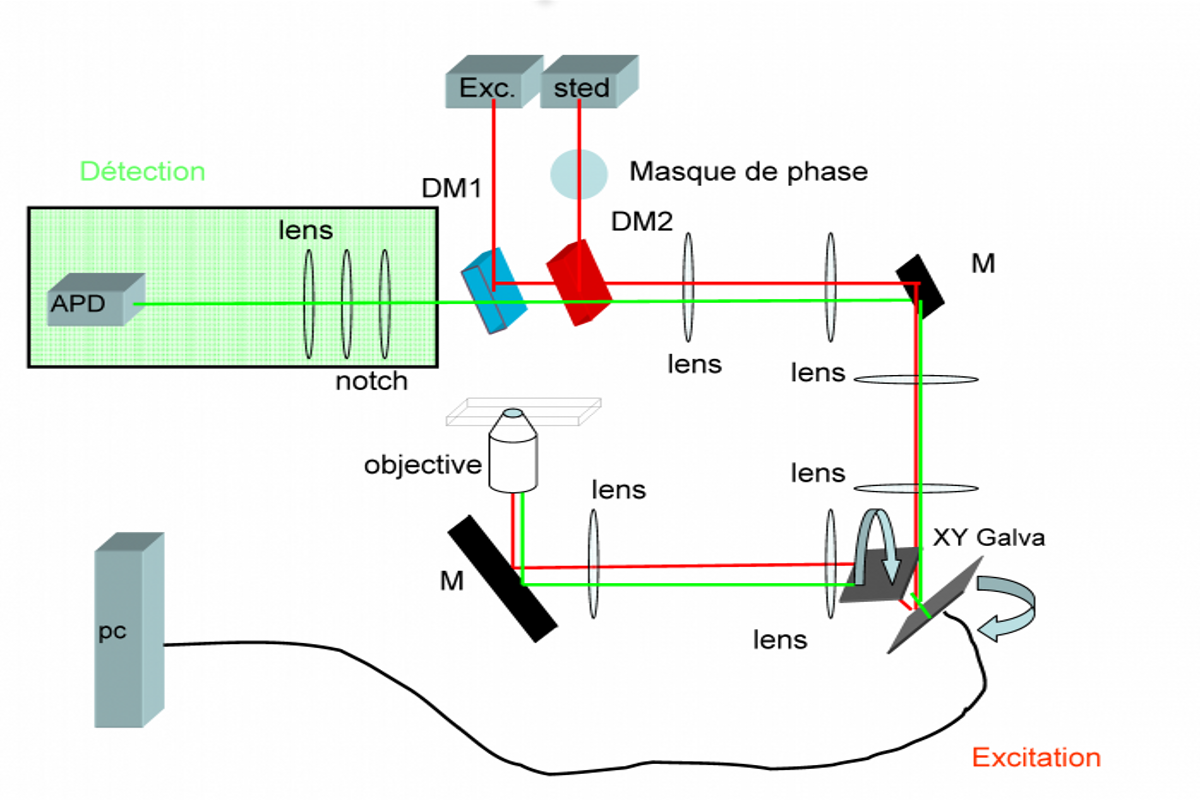 We developed a new experimental approach combining Time-Resolved fluorescence (TRF) spectroscopy and droplet microfluidics to investigate the structural dynamics of biomolecular systems in so-called double-kinetics experiments. Droplet microfluidics is used to produce with minimal material consumption an out-of-equilibrium biomolecular complex by rapid mixing of two reagents within water-in-oil droplets. TRF detection (ps to ns time scale fluorescence kinetics) is used as a reporter of the conformational heterogeneity along the relaxation of the system (ms to seconds reaction kinetics) during its propagation inside the microfluidic channel. In contrast to conventional stopped-flow experiments, which monitor the time-averaged fluorescence intensity, that is a signal averaged over all conformations, this approach does reveal conformational heterogeneity along the relaxation process through the distribution of fluorescence lifetimes. The set-up uses a streak camera to measure fluorescence decay kinetics with a 10-ps time resolution, along the microfluidic channel in which droplets propagate (Figure). Beyond the proof-of-principle experiment [1], the approach is being applied to the investigation of biomolecular interactions in structurally heterogeneous and dynamic biomolecular systems.

Traditional optical microscopy is suffering the diffraction limit. Recent innovations in the field of microscopy have helped to overcome this limitation.

The resolution of this type of assembly is dependent on the depletion beam (i.e. its profile but also its intensity). Stefan Hell, a pioneer of this kind of microscopy, showed that in theory there exists no limitation in spatial resolution as far as the depletion beams intensity is not limited and the studied material does not suffer degradation.

Nevertheless, it is common to obtain resolutions of about tens of nanometers, around 10 times better than in traditional confocal microscopy.