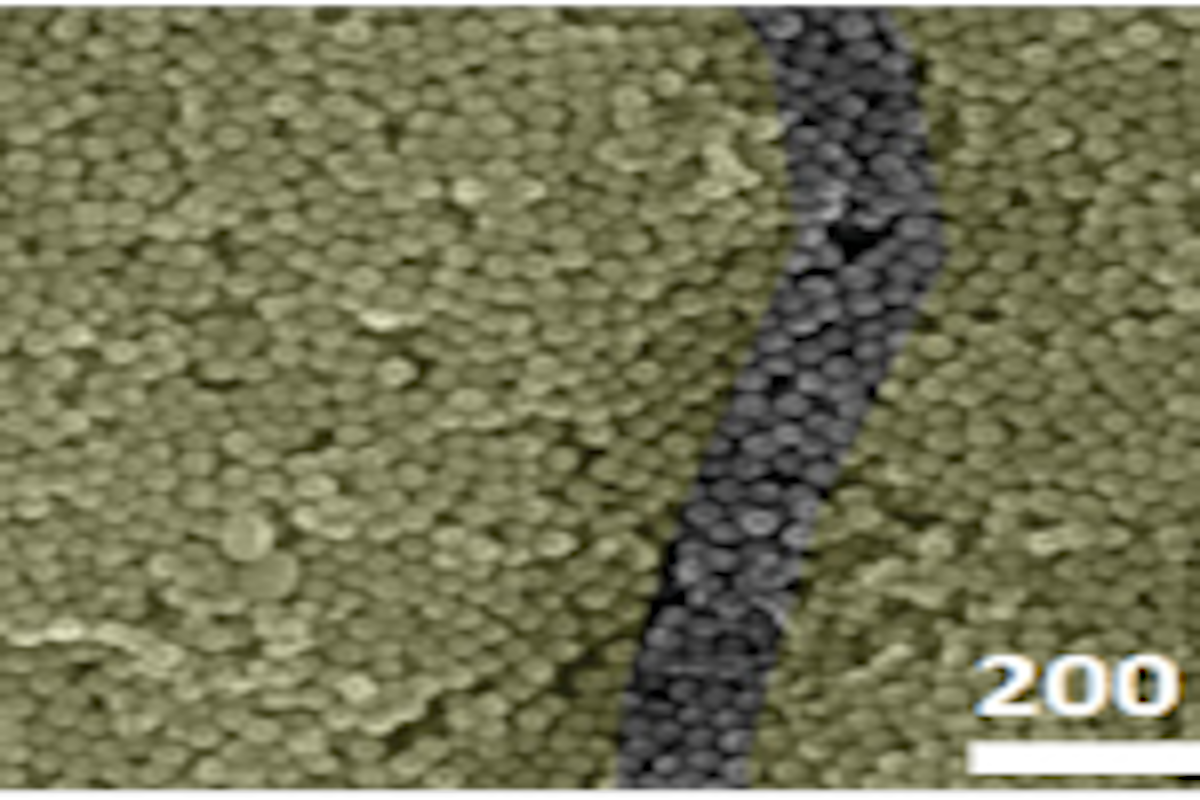 While the inter-particle tunneling transport corresponds to the tunneling resistance RT, the electrostatic repulsion dominant at low temperatures blocks the current. A collective tunnelling process can however take place, where adding a charge to one nanoparticle requires a simultaneous charge leaving the island, leading to a so-called “cotunneling process”. The resulting device resistance is then proportional to RTN, where N is the number of simultaneous coordinated hops. This power law provides new opportunities for amplifying the response of the electrical properties to external stimuli:  if the resistance RT is modified under external control (for example a magnetic field), the system response RTN will amplify the inter-particle resistance sensitivity. This opens the possibility to use nanoparticles networks as model system to realise innovative and robust devices amplifying the electrical response to multiple physical or chemical excitations capable to induce changes in the interparticles resistance.

Cotunneling mechanisms can be used to amplify the spin dependent tunneling magnetoresistance (TMR) of magnetic quantum dots networks. The work was performed in collaboration with colleagues at IPCMS (DCMI; S. Begin Collin and B. Pichon, synthesis of the networks) and the Karlsruhe Institute of Technology (D. Golubev, theory).  Taking advantage of the spin dependence of the tunneling resistance RT, we used an external magnetic field to modify slightly RT. Magnetoresistance values beyond those possible for a random network of fully spin polarized particles was demonstrated.

A drastic way to modify the inter-particle resistance is to exchange the molecules separating the nanoparticles. The substitution of alkane-type spacers by conjugated molecules results in a decrease by a factor 50 of the inter-particle resistance RT. A collaborative work with the University of Leiden (S.J van der Molen), and  KIT (D. Golubev)revealed a spectacular amplification of resistance change at low temperatures,when cotunneling becomes predominant: the device resistance change under molecular exchange reaches values to 105 at 1.5K, corresponding to RT3. This means that four neighbour particles participate coherently to the charge transport, relying therefore to a tunnelling mechanism coherent over 50 nm. These devices could pave the way for creating switching molecular devices with enhanced properties.

Figure 2. Ratio of the device resistance values for the two types of molecular spacers (C8 vs OPE). A resistance change of about 50 is found at room temperature, reflecting the difference in molecular conductance of the two species. At low temperature, where cotunneling dominates, the ratio increases up to 105, as predicted by a cotunneling model (dotted line).