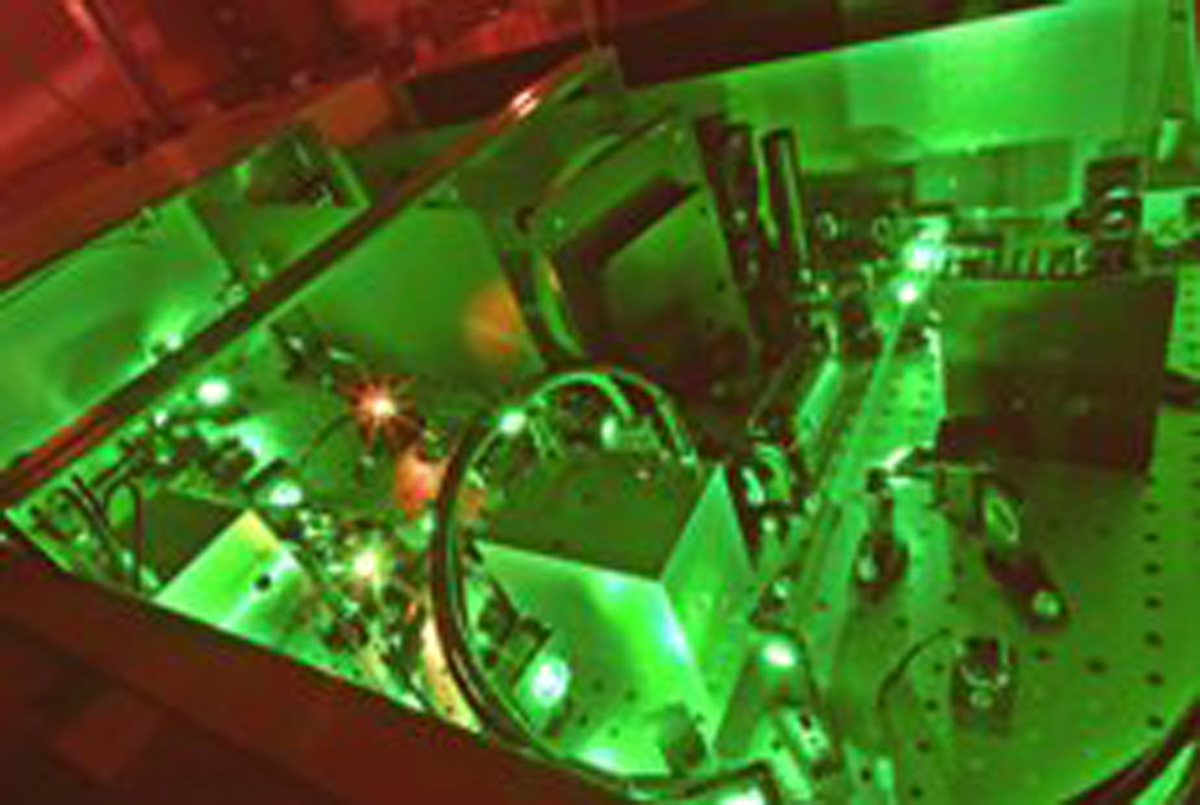 We develop various original experimental set-up’s implementing nonlinear optics to produce femtosecond laser pulses with tunable wavelengths and to use these pulses for femtosecond spectroscopy.

Present experimental developments focus on implementing very short laser pulses (see below) for transient absorption spectroscopy tools in organic molecules in condensed phase. The interest of short (e.g. sub 10 fs) laser pulses for transient absorption spectroscopy is to induce, probe and resolve temporally vibrational or even electronic coherent excitations in organic molecules. This type of « coherence spectroscopy » will be used to reveal the mechanisms by which electronic molecular states may be coupled and by which molecular vibrations might modulate or even drive these couplings. These are fundamental issues which govern energy conversion (photovoltaic or photomechanic energy conversion) at the molecular scale.

Alternatively we have been developing femtosecond fluorescence spectroscopy to detect efficient interactions between molecular excited states and their environment. These interactions may lead to very fast (e.g. sub-ps) non-radiative excited-state decay, and femtosecond fluorescence allows us to measure the corresponding excited-state short lifetimes. Typical ultrafast processes are electron transfer or energy transfer which are at the origin of photovoltaic energy conversion at the molecular scale or can be used to probe biomolecular structure and structural heterogeneity.

We are developing an Ultrafast Fluorescence spectrometer based on non-linear frequency mixing. Briefly, a femtosecond (50 to 80 fs), tunable (across the UV-VIS spectrum) laser pulse is absorbed by an ensemble of molecules in solution or in film. The emitted fluorescence is collected by two parabolic mirrors and focused in a BBO crystal mounted on a motorized rotary stage (see Fig. 4). In order to resolve temporally the fluorescence emission, a gate pulse is also focused on the exact localization of the fluorescence spot on the crystal. When both fluorescence and gate pulses are overlapping in space and time on the BBO, a 2nd order non-linear process occurs, generating the detected signal by sum or difference frequency mixing. Since the gate pulses are ~60 fs long in time one can record and reconstruct point by point the fluorescence kinetic traces by changing sequentially the time delay between gate and pump pulses (motorized delay line, fig. 4).

We have been implementing fluorescence « down-conversion » (difference frequency mixing of fluorescence and gate pulses) in order to detect UV-emitting fluorophores in fluorescently–labelled or naturally UV-emitting biomolecules [2 , 3], within the FEMTOSTACK ANR project (2011-14). We have also been implementing the « up-conversion » (sum frequency mixing) configuration in order to time-resolve the fluorescence decay kinetics of Vis organic dyes in strong interaction regime with an optical resonator [4].