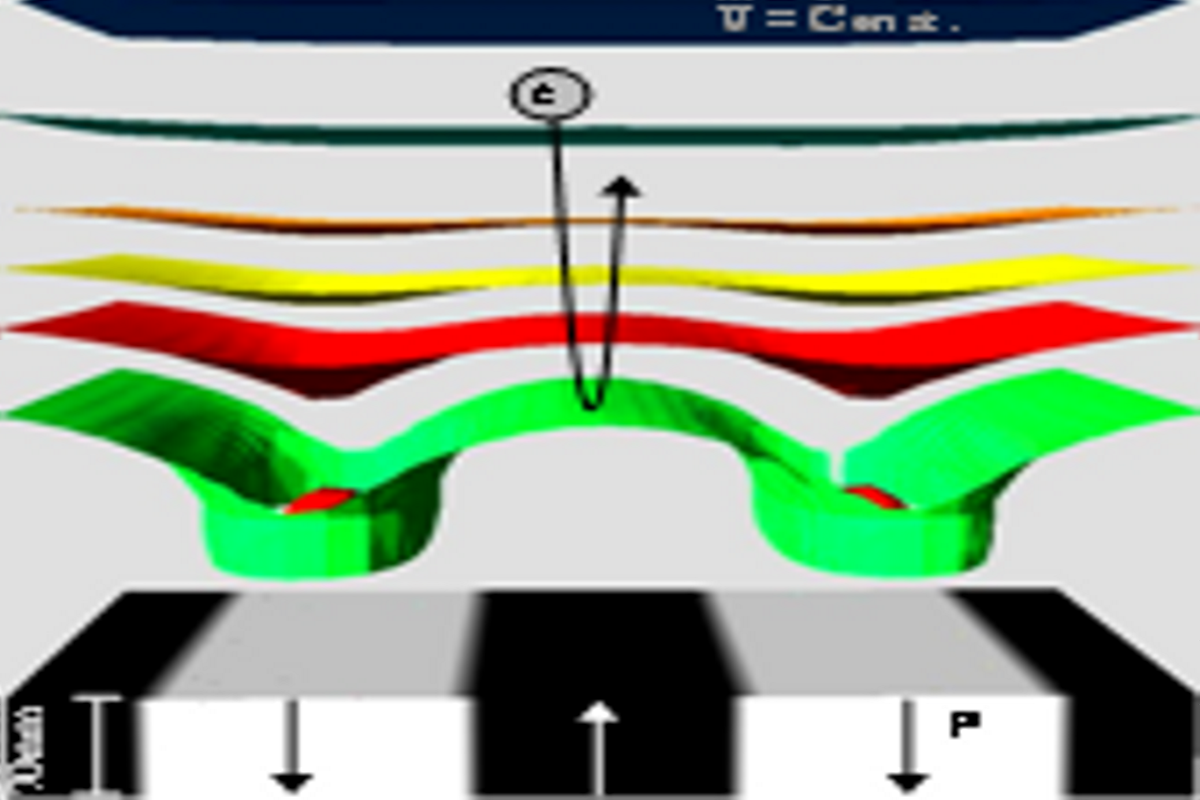 Tailoring Surfaces and Interfaces is an important issue that is tackled by different ways in our Department, among which : The control of the magnetic anisotropy in thin film elements, adding new functionalities to standard magnetic materials by inducing exchange-bias, and developing new tools for imaging surface electric fielddistributions in magnetic multiferroics.Insérez votre contenu ici

Taking advantage of the high-sensitivity of ultraslow electrons (energy < 3eV) to small variations of the electric potential near surfaces, we have demonstrated the possibility of imaging ferroelectric domains with low-energy electron microscopy (LEEM) in the mirror operation mode.

The possibility to tune the orientation of in-plane magnetic domains and domain walls (DWs) in narrow ferromagnetic strips is demonstrated. This is achieved by controlling the magnetic anisotropy of the system by using oblique evaporation. In particular, a direct correlation between the imposed uniaxial magnetic anisotropy and the domain wall orientation is found experimentally and confirmed by micromagnetic simulation studies