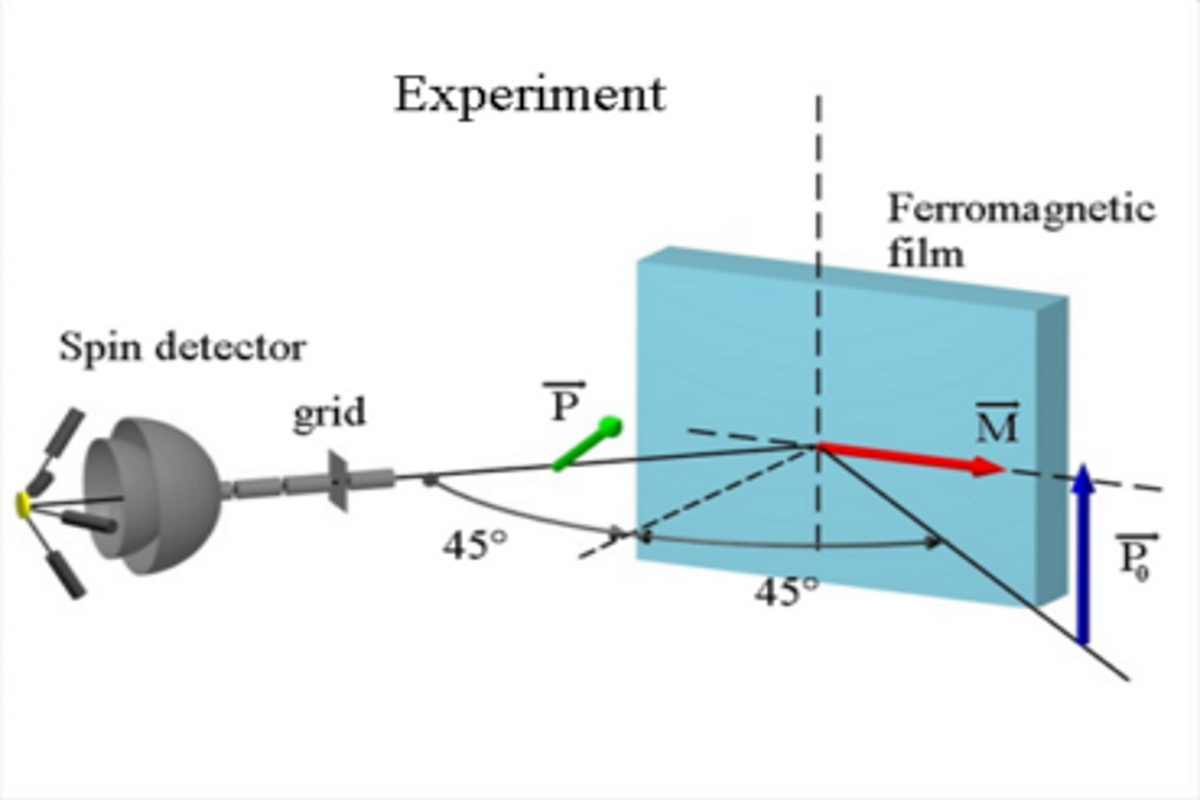 While numerous studies have been done in the past on the reflection of spin-polarized electrons from ferromagnetic films, the spin-motion experiment that is presented in the following is distinguished by the fact that the spin polarization vector of the incident electrons is perpendicularly oriented with respect to the magnetization vector of the ferromagnet. It is only with this non-collinear initial configuration that the spin motion can be observed.

The experimental set-up consists of a spin-polarized electron source, a ferromagnetic film which is magnetized remanently in-plane, a retarding field energy analyzer, and two pairs of detectors enabling to measure the components of the spin polarization vector perpendicular to the reflected beam.