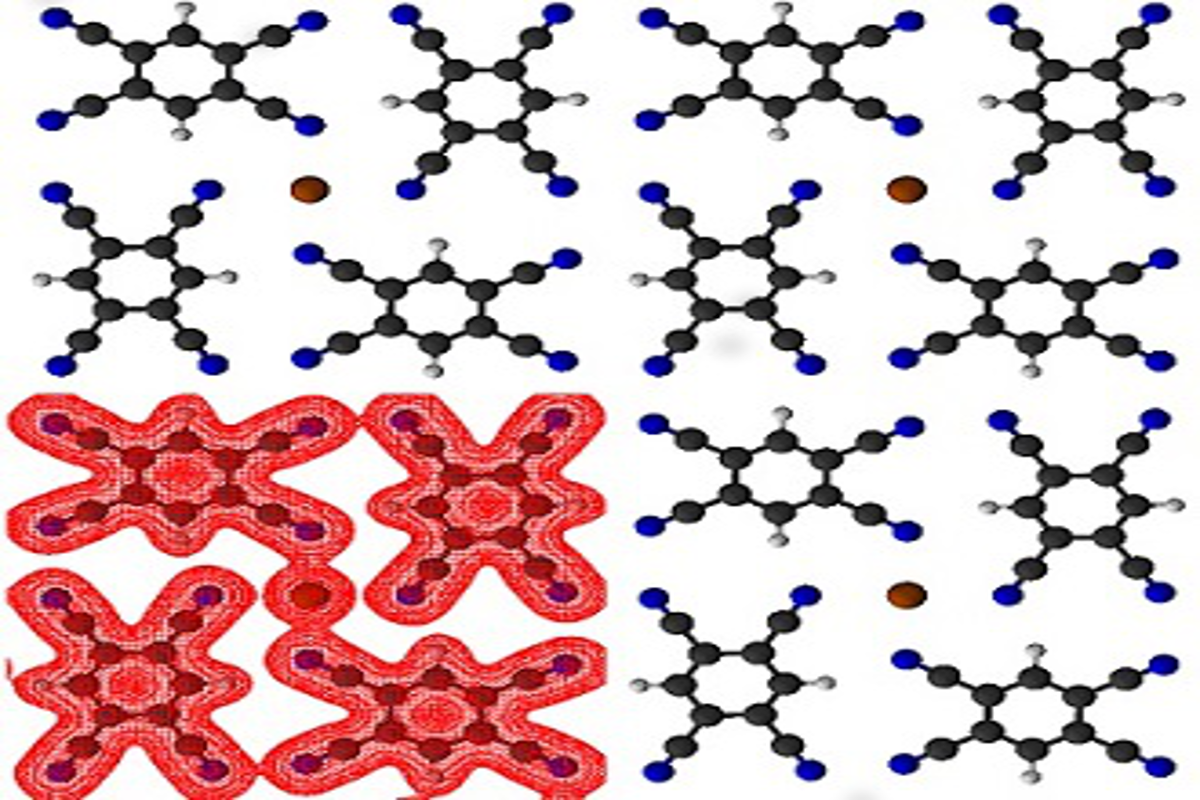 First-principles molecular dynamics is employed to the simulate in a bottom-up approach the realization of nano-junctions and self-assembled networks for a wide spectrum of post-scaling electronic devices. Our efforts target planar and non-planar metal-organic molecules as molecular building blocks prone to have applications in molecular electronics and nano-magnetism, with a clear multi-disciplinary connotation, ranging from quantum physics to molecular chemistry. The present computational project, in synergy with experimental effort at IPCMS is at the crossroad between chemistry (the specific chemical nature of the atoms involved being of paramount importance), physics (due to the interest for the underlying processes and mechanisms leading to the realization of the junction) and material science (targeting new materials built on well characterized substrates). Concerning the non-planar systems, we focus on a double-decker organometallic compound, the ferrocene Fe(C5H5)2 molecule, which has been shown to be suitable for deposition on a Cu(111) metallic surface without giving rise to dissociation. Compact layers of ferrocene have been shown to produce a 2D-like interface state strongly resembling the Shockley surface-state of copper. By a subsequent deposition of single metal atoms on the molecular layer, we can analyze the sensitivity of the interface state to local modifications of the interface potential, verify the structural stability of the nano-junction at finite temperature and provide a quantitative evaluationof the modifications induced in the electronic structure. The outcome provides a guideline in the realization of stable nano-structures by complementing and/or going beyond unaffordable experimental setups. Bidimensional molecular systems were instead studied for surface assisted self-assembly. The molecule known as 1,2,4,5-tetracyanobenzene (TCNB) works as an acceptor able to coordinate to and Fe atoms on an Au(111) surface. Conditions to get the two-dimensional arrays of stable Fe(TCNB)4 complexes are clearly identified via spectroscopy (STM/STS) coupled with first-principles calculations.