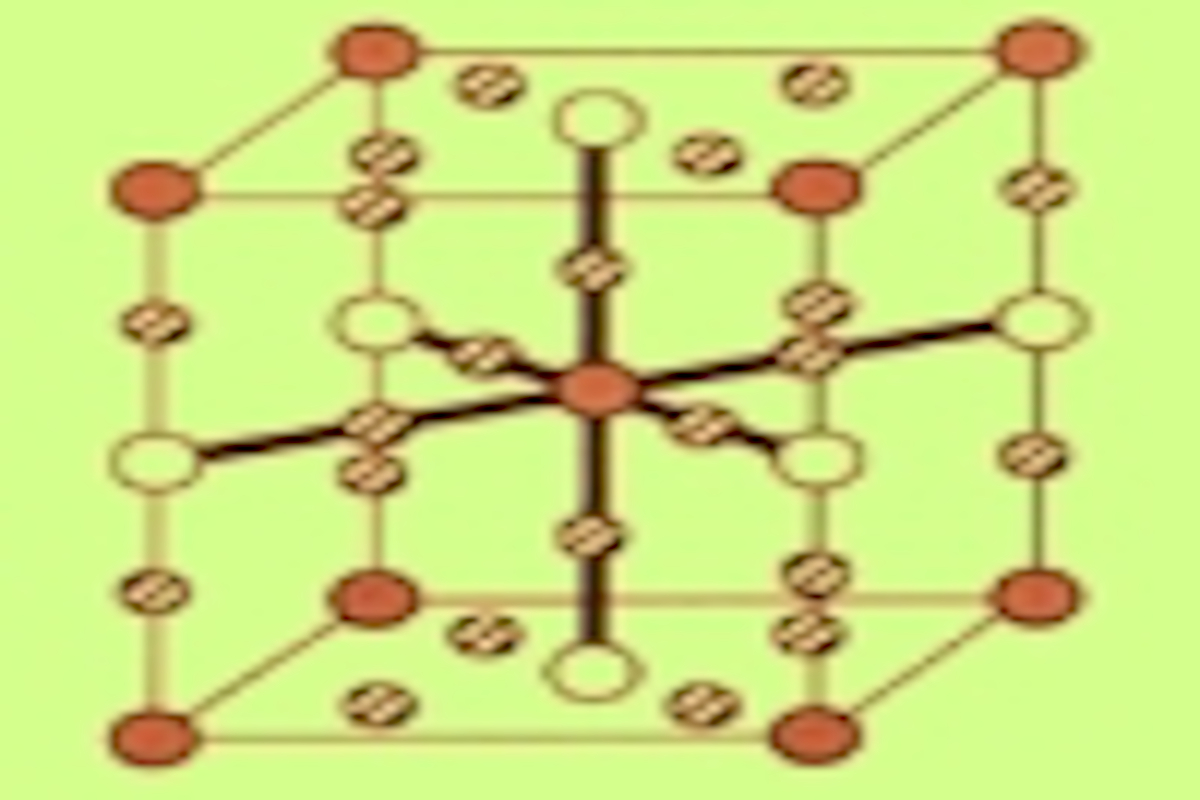 We investigate the electronic structure of bulk Sr2CoMoO6-δ double perovskites using the ab initio Full Potential Linearized Augmented Plane Wave method in order to study their magnetic properties within the GGA and GGA+U methods. We discuss the relative stability of ferromagnetic (FM) and antiferromagnetic (AFM) orders (i) without and with taking into account the observed tilting of the oxygen octahedra and (ii) by introducing oxygen vacancies. We show that a very good agreement with experimental results – AFM order for δ = 0 and FM order for δ = 1/2 – is obtained only when the tilting of the oxygen tetrahedra is taking into account and when the GGA+U method is used.

Using the full potential linearized augmented plane wave ab initio method, we investigate bulk magnetic properties of Sr2XMoO6 (X = Fe, Co) double perovskites by comparing the results obtained with the generalized gradient approximation (GGA) and GGA+U methods in order to discuss their magnetic configuration in relation with the experiments. We show that both methods lead to significantly different results and that a good agreement with experimental results – antiferromagnetic insulator for X = Co – can be obtained only when the GGA+U method is used. For X = Fe, we exhibit the role played by oxygen vacancies in the stabilization of a negative magnetic moment on the Fe antisite with preserved half-metallicity. We show that such a negative moment can be obtained only when an oxygen vacancy occurs in the direct neighbourhood of the Fe antisite with the GGA+U method.

We report on electronic band structure calculations, using the ab initio full potential linearized augmented plane wave (FLAPW) method, for Sr2FeMoO6 (SFMO) double perovskites presenting antisite defects or/and oxygen vacancies. We exhibit that the half-metallic character is preserved for SFMO containing only nearly isolated oxygen vacancies, indicating that the control of oxygen content in such compounds is less critical for the transport properties than the control of the antisite defects. We show that the total magnetic moment is much more reduced for structures with oxygen vacancies (approximately 2 µB per vacancy) than for structures without. We also investigate the stability of an antiparallel (AP) magnetic moment on Fe antisites and we show that these solutions are highly unstable relative to the parallel (P) solution, even if the presence of O vacancies reduces the difference between P and AP solutions.