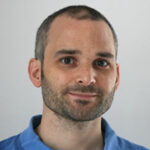 I am professor at the University of Strasbourg (Unistra), teaching at the Physics and Engineering department (PHI), in particular in the Masters of Physics tracks. My research expertise is in the optical spectroscopy of low-dimensional systems. After a PhD on ultrasensitive optical detection and spectroscopy of individual nano-objects (metal nanoparticles, semiconductor quantum dots, carbon nanotubes) at Uni. Bordeaux (France), I contributed – as a postdoctoral scientist at Columbia University (USA) then as an assistant professor at Unistra- to pioneering works on exciton dynamics in carbon nanotubes, on inelastic light-scattering in carbon nanotubes and graphene, as well as on energy transfer between single quantum emitters and graphene. My research activity at IPCMS focuses on two-dimensional materials (e.g. graphene, boron nitride, transition metal dichalcogenides, layered magnetic materials,…) and related “van der Waals heterostructures”. We strive to propose an original approach, where optical spectroscopy is employed to probe the micro- or nanoscale environment, as well as the effect of external fields (electric, magnetic) or perturbations (strain, doping, heating) on the quantum degrees of freedom (excitons, phonons, spins and pseudo-spins) of these systems. Taking advantage of that fact that 2D materials can also be regarded as ultimately-thin, lightweight mechanical membranes, we also investigate the opto-mechanical response of freely-suspended 2D systems and work towards mechanical control of their optical, electronic and magnetic properties.