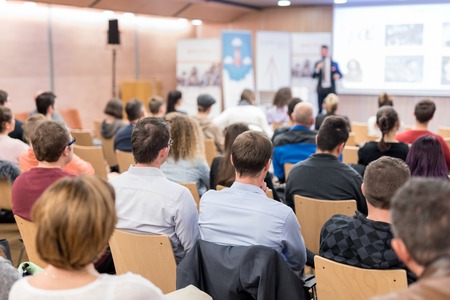 Résumé :
Ferroelectric materials have been around for many decades, and yet they continue to challenge our imagination with unexpected behaviors. The most recent and important ferroelectric revival features nanostructures displaying exotic properties that seemed all but impossible not long ago but are now revealed by modern characterization techniques. For example, transmission electron microscopy has allowed us to visualize mesmerizing dipole vortexes and skyrmions in superlattices combining ferroelectric (PbTiO3) and dielectric (SrTiO3) layers [1], confirming the kind of electrostatic/frustration effects predicted earlier by some theory groups [2] and doubted by most.

In this talk I will review the theoretical models [3] that were used to anticipate the rich behaviors that currently generate so much excitement and describe how they allowed us to predict the occurrence of ferroelectric skyrmions [4] that were experimentally confirmed shortly after [5]. I will also discuss some of the most surprising properties of these frustrated ferroelectric states, in particular their negative capacitance behavior, which leads to a miraculous-sounding voltage amplification [6,7]. I will conclude by commenting on the most exciting opportunities in the field.

My main collaborators in these works were M.A.P. Gonçalves and Mónica Graf (formerly at LIST, now at the Czech Academy of Sciences), and Hugo Aramberri (LIST). Collaborators at the University of Cantabria (Junquera), UC Berkeley (Ramesh) and elsewhere were involved in some of the projects. Work in Luxembourg funded by the Luxembourg National Research Fund through projects FNR/C15/MS/10458889/NEWALLS, C18/MS/12705883/REFOX and INTER/RCUK/18/12601980.

Controlling the composition, morphology and size of nanomaterials is key to tune their properties and function. This control requires fundamental insights into the processes that govern the synthesis of nanomaterials, but also their behaviour under functioning conditions. X-ray absorption spectroscopy is an ideal tool to observe such phenomena, since it can be used to probe reactions under in situ conditions, allowing experimental setups that are close to synthetic or operating conditions.
In this presentation, we will report our work on the structure and function of electrocatalytic materials, such as oxides and sulfides, that are active for the oxygen (OER) and hydrogen evolution reactions (HER). Using in situ X-ray absorption spectroscopy as our major tool, we will show how the local and electronic structure of the materials evolve during these catalytic reactions and influence their efficiency.
In a second part, we will present our recent work concerning the combination of microfluidic systems with X-ray techniques and their potential application to understand the synthesis of nanomaterials. This will be exemplified with an upcoming project to be carried out in collaboration with the team of Ovidiu Ersen at the IPCMS, which deals with the study of hybrid perovskites synthesis by a combination of XAS and electronic microscopy.