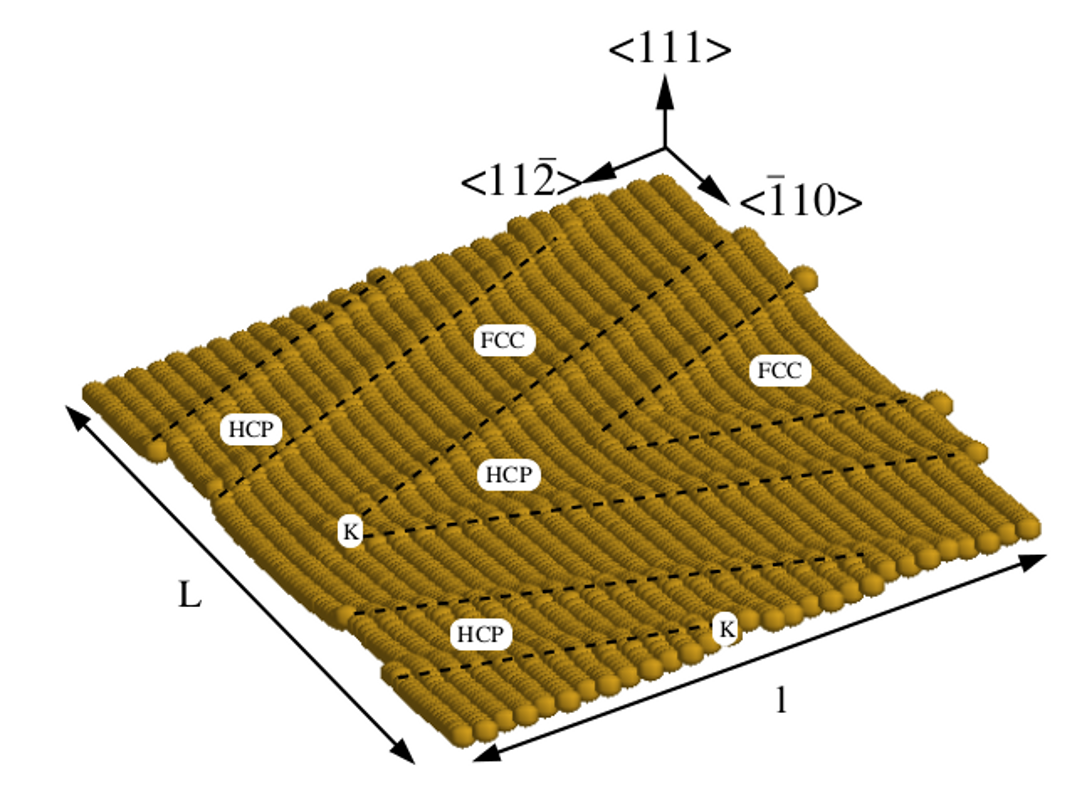 An important part of the work of the DSI’s computational team focuses on the growth mechanims of supported nanostructures. Atomic diffusion, nucleation processes and cluster morphology are the main issues carefully examined by the DSI’s compuational team. Concerning the atomic diffusion, emphasis is given on the links between the substrate nanostructuration and the adsorbate diffusion mechanisms. Reconstructed surfaces[5, 6, 7] as well as vicinal ones[8, 9] are considered. Some less common atomic diffusion mechanisms, such as the strain-induced soliton diffusion[10], the low-temperature quantum diffusion[11, 12], and the cluster diffusion[13, 14], are also studied. In addition, due to the heteroatomic feature of the supported nanostrucure growth, intermixing mechanisms, such as exchange processes[15, 16] and deeper bulk heterodiffusion mechanisms[17, 18], are also investigated. The nanostructure morphology studies concerns the characterization of the shape of the supported nanostructure. Parameters such as temperature and cluster size are considered[19, 20].