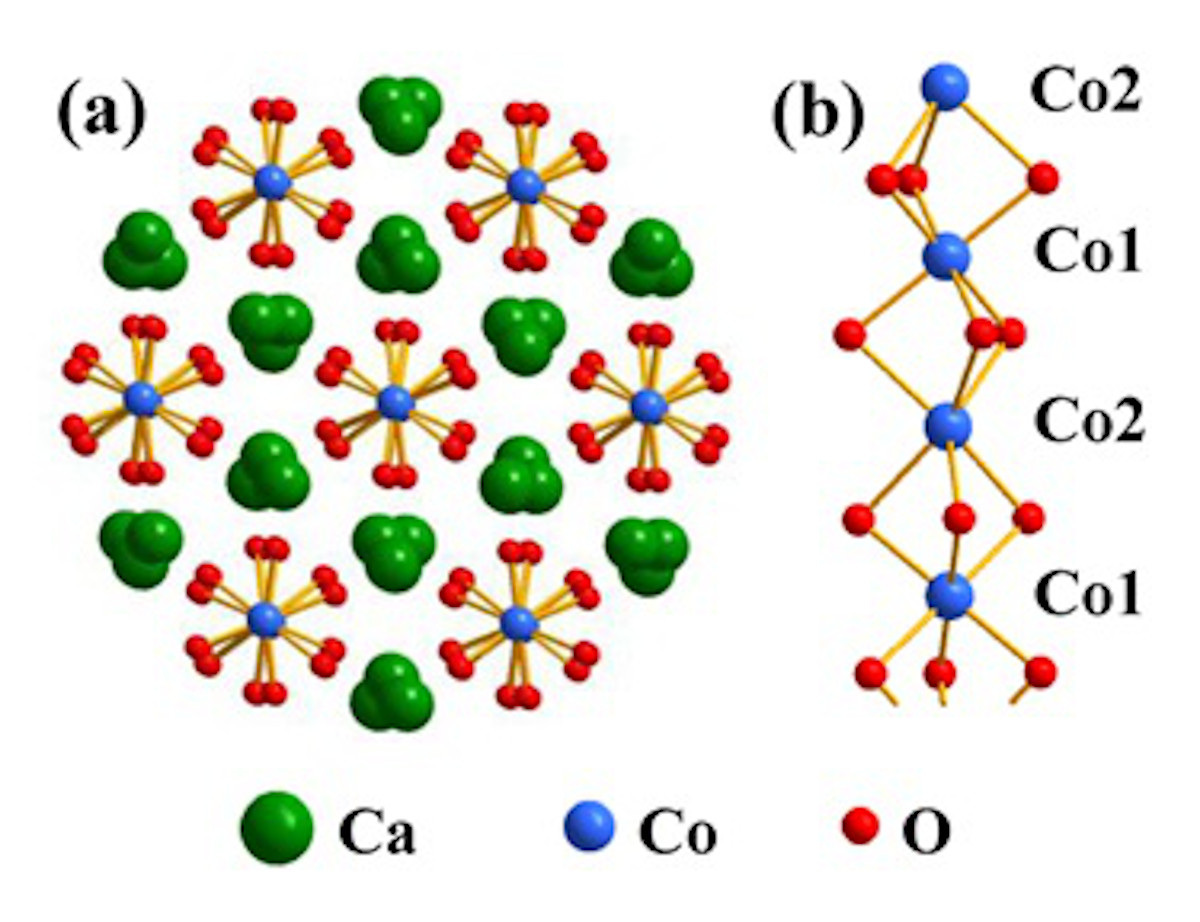 Among the oxides showing remarkable properties for the study of spin dependent transport, Ca3Co2O6 is particularly interesting since, besides its half metallic character, it has a strong one dimensional anisotropy related to its crystalline structure. This structure is constituted of Ising type chains of octahedra and trigonal prisms centered on the Co ions. The chains are aligned along the c axis of the hexagonal structure formed by the rhombohedral lattice characterizing the system. The order of the magnetic moments is ferromagnetic inside the chains and antiferromagnetic between the chains. The antiferromagnetic ordering temperature is 24 K. this was confirmed by magnetic susceptibility and neutron diffraction studies. The hexagonal structure and the antiferromagnetic order between chains lead to a magnetic frustration. This frustration leads to a stepped magnetization reversal below a transition temperature of 10 K. At lower temperatures (2 K) additional magnetization plateaus appear and their origin was interpreted in terms of quantum tunneling transitions of the magnetization or Monte Carlo type magnetization reversal involving in-plane magnetic inhomogeneities or magnetic domain walls. Measurements on the magnetization dynamics in thin films with a thickness between 20 and 200 nm, suggest the existence of macrospins with values lager than 10 and magnetic correlation lengths larger than 60 nm. This is in favor of the Monte Carlo type reversal magnetization model, although the quantum tunneling model cannot be completely excluded.

Additional studies concerning the modulation of the anisotropy expected in the thin films as a function of the substrate nature (leading to Co chains in the plane or perpendicular to the plane) or obtained by structuring the films using optical or electronic lithography into small objects with different sizes and aspect ratios are about to be carried out.