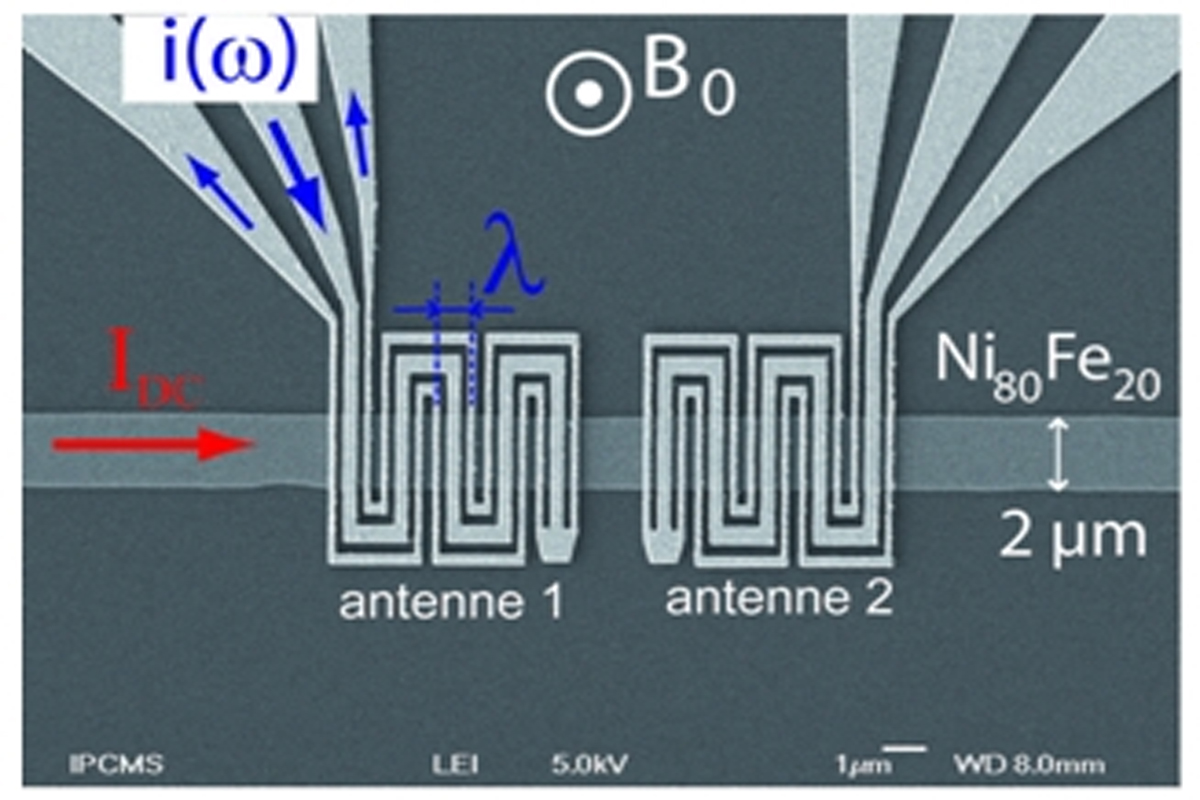 The spin waves are the natural excitations of the magnetization field of a ferromagnet. They play an essential role in determining the dynamic properties of ferromagnetic objects in the microwave range (several GHz).

We have developed at the department DMONS an experiment for measuring precisely the propagation of submicrometer wavelength spin waves in ferromagnetic metal films and strips. The spin waves are excited and detected using conducting patterns (so-called spin wave antennae). The electrical measurements are performed with the help of dedicated microwave equipment.

This experiment was used to characterize the influence of an electrical current on the propagation of spin waves along a ferromagnetic metal strip. We observed a systematic frequency change which could be interpreted as a current-induced spin-wave Doppler shift, an effect predicted a long time ago but which could not be observed yet.

Work in progress includes the extension of such measurements to low temperature, higher magnetic fields , higher frequencies and shorter wavelength, together with a detailled characterization of standard ferromagnetic metal films with the help of microwave and spin wave measurements.